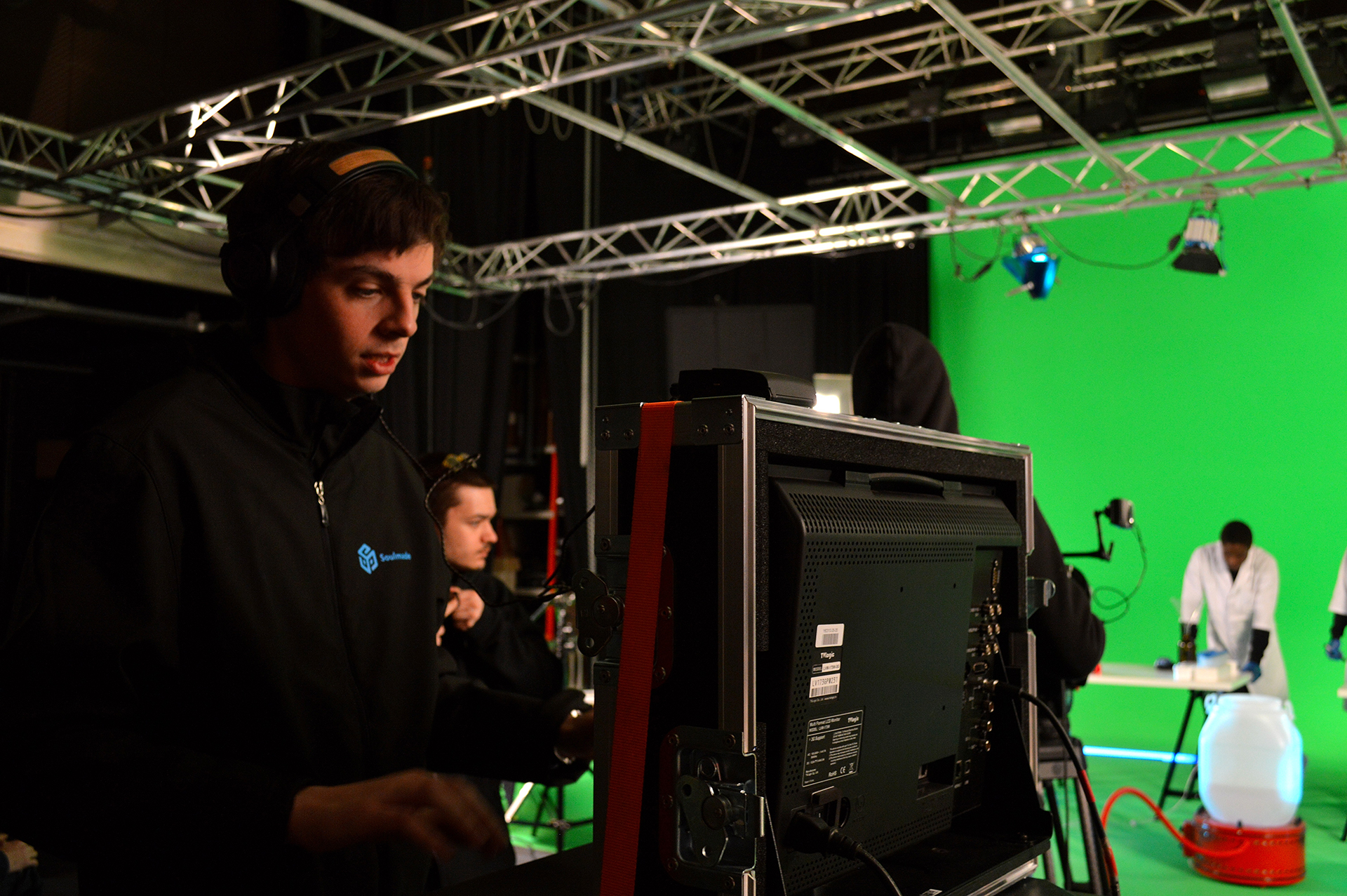 More about this case for Nokia
extending reality

Nokia Bell Labs is a Research & Development branch of Nokia and specialises in communication technology. Using a new technique, they succeeded in transmitting 16K image data in VR.

They wanted to showcase this new technique at the Mobile World Congress 2017 in Barcelona, a very large and well-known conference. But they had a problem: there weren’t any 16K screens yet and certainly not built into Virtual Reality headsets.

If the planned route turns out to be a dead end, you have to take a side road. And we did. Soulmade to the rescue. If you optically zoom in on a 16K image up to eight times, you don’t lose image quality. In order to do this, of course 16K content had to be created first because up until now, it did not exist. To showcase the 16K resolution we made a production in which users can zoom up to 8 times without any quality loss. 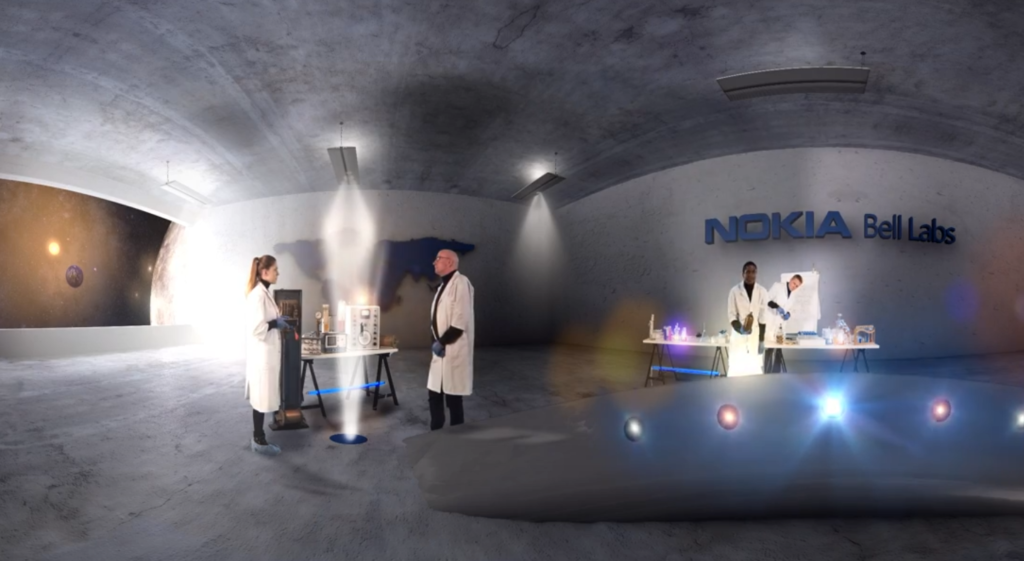 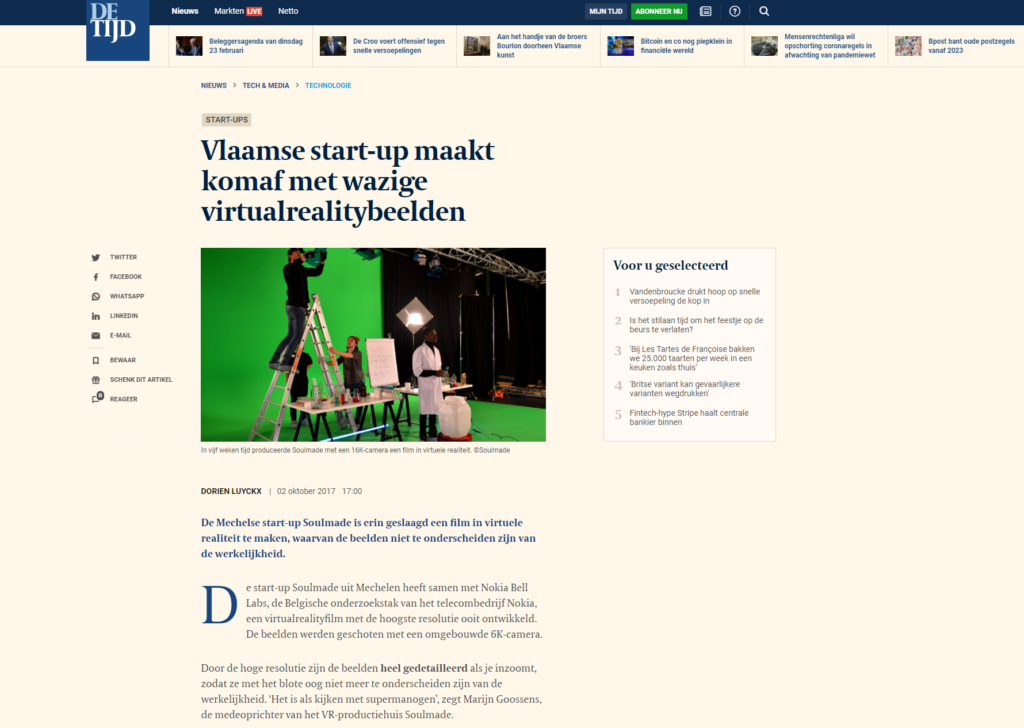 As a user, you find yourself in a spaceship with scientists carrying out numerous experiments around you. These experiments all have something to do with making things bigger and smaller (e.g. a test subject is made smaller and bigger).

This gives the user a reason to zoom in on virtual reality. Zooming in gives the feeling that you have superman eyes because you zoom in, but keep the same image quality.

Virtual reality is the ultimate instrument for a complete experience. You enter a parallel universe that shows reality, an idea or a dream in an accessible way.

How does it work?

We recreate your ideal world in virtual reality by filming a 360° video on-site or by recreating it in 3D.

It took a couple of months before Nokia Bell Labs could officialy confirm it, but we made the first 16K Virtual Reality production wordwide.
Due to the positive reactions Nokia decided to use the experience a second time at the The Mobile World Congress in Shangai (2017) and Mediaroad (2018) 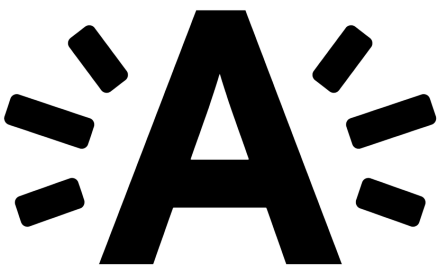 Discover Antwerp on a virtual bike

Augmented Reality shows what the future will bring